In our house a day rarely passes in which we don’t have a Disney movie on in the background. Maybe it’s the cynical side of me but I’ve watched these movies so many times I’ve found disney character flaws in most of them, not to mention the plot holes. Read on to see what I mean and you’ll never think the same of some of your favourite characters. 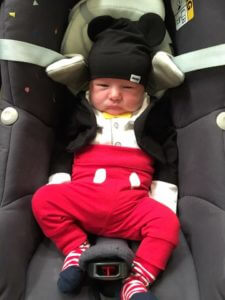 Now firstly, in the deluge of crap, straight-to-DVD, Disney sequels I’m of the belief The Lion King’s sophomore effort is a barnstorming triumph.

It’s soundtrack is even better than the Elton John penned original and instead of being in the clouds Mufasa is now represented, for some reason, by the wind.

One of the movie’s supposed heroes is the treacherous Kovu. He’s Scar’s son and has been raised by his bitter mother to hate and get close enough to kill King Simba. He wilts as soon as he meets Ciara, Simba’s heir and immediately turns his back on his own pride who raised him as quick as you can say “Hakuna Matata.”

Where were the Lion Guard when Kovu’s sister and brother burnt the pridelands to ashes? It’s chronologically poor from Disney but who am I kidding? What are a poorly assembled Cheetah, Hippo, Cattle Egret and a bloody Honey Badger going to do to two grown-ass lions?

The end scene of the movie sees Simba flanked by Nala, Ciara and the leech-esque Kovu roaring together happily atop of Pride Rock, after watching his Mother take a horror plunge to her death moments before. Amazing what getting with an heiress will do for your mood, isn’t it?

Tangled is another highly watchable classic. However we need to talk about the lovable gecko Pascal ruthlessly killing Mother Gothel. The woman raised Rapunzel from an early age (albeit captive in a tower) and the little guy tripped her using her (faux) daughters own hair making her plunge to her death from the top of the tower. Are we supposed to celebrate that?

Also, I think Flynn only knocked about with Rapunzel for the gold coins. The reformed thief was very quick to wife her up after the movie.

Beauty and the Beast 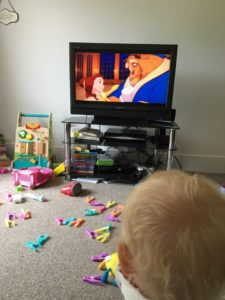 Belle’s Dad was far too quick to trade places with his daughter and left with little protest soon after.

I also wonder what Belle saw in the multi-millionaire, castle owning Prince, Beast?

By the same token, Imagine Beast got crazy old Maurice to fall in love with him. He had first dibs after all, finding the castle first.

Woody has some sort of hero complex where he always has to be the guy who saves the day. It also wouldn’t suprise me if he also had some form of Stockholm syndrome following his crazed obsession with returning to Andy’s room whenever he leaves the place.